A brief look at significant groups I'm currently or previously was involved with.  Click any links provided for more info. 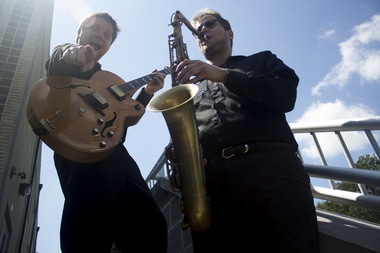 A jazz/pop duo originally featuring George Vanderbilt on guitar and myself on saxes.  Starting in 2015, other musicians began to sit in for duo gigs.  The project has expanded to become a small network of skilled musicians able to perform duo music for restaurants, coffee houses, and other such venues.

​Head to the "Sax Plus One" tab at the top of the page for a little more info! 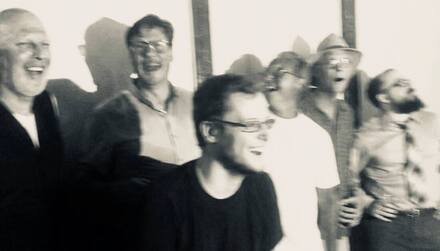 A soul/R&B/blues group started during 2014 as a result of singer/songwriter John "Cook" Limmani wanting to take some of his original tunes and flesh them out for a full group.  I did extensive work on arranging the parts for the horn section as well as performing on various saxes.

A South Jersey-based cover band spanning all sorts of popular music from Johnny Cash to Bruno Mars.  The group was extremely diverse in its flexible membership and changing repertoire depending on who the lead singers were that gig.  It also got me to work on my rock/pop chops! 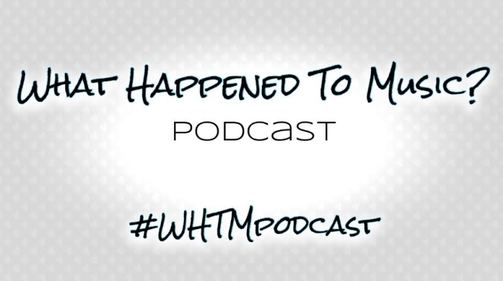 An experiment in trying to do a musical project that wasn't a performing group.  I teamed up with guitarist and fellow podcaster John Demko in order to ask the question, "What happened to music?."  We discussed a variety of topics relating to music, including performing on the local scene, practical practice techniques, music theory, reviews of musical things, and more!  We sometimes even had guests join us for the discussion! 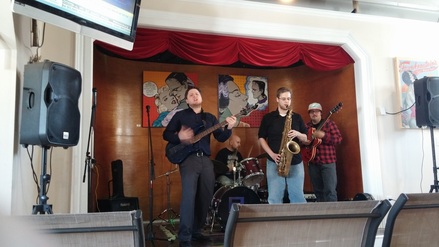 A group bringing together four musicians from very different musical backgrounds.  The original form of this project, the "4 Musicians/3 Shows/1 Band" campaign, faded out during the end of the summer months of 2013 before transforming into its final form. As the name suggests, it was a jam band which strove for experimental music with sax as a major distinguishing feature. 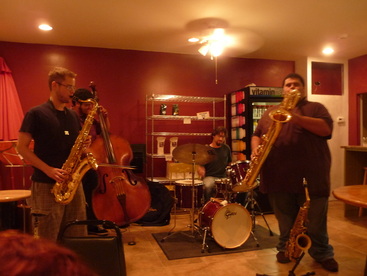 A jazz chordless quartet based highly off of the influences of hard bop giants such as Elvin Jones and John Coltrane.  The angle of the group was to take standard (and some not-so-standard) tunes and try to just be ourselves on them, not being afraid to take risks in our playing or to make mistakes.
J.S. Squared - 2012
A short-lived duo project by myself and composer Jake Spinella in an attempt to make some summer money doing things that weren't terrible retail jobs or waiting tables.  Unfortunately, we never managed to book any gigs, so all we got out of it were a few demo recordings, a dream, and the power of friendship.